By continuing to use this site, you agree to the use of cookies.

You can find out more by following this link. Learn more

Olympic Solidarity, a worldwide programme to ensure universality in sport 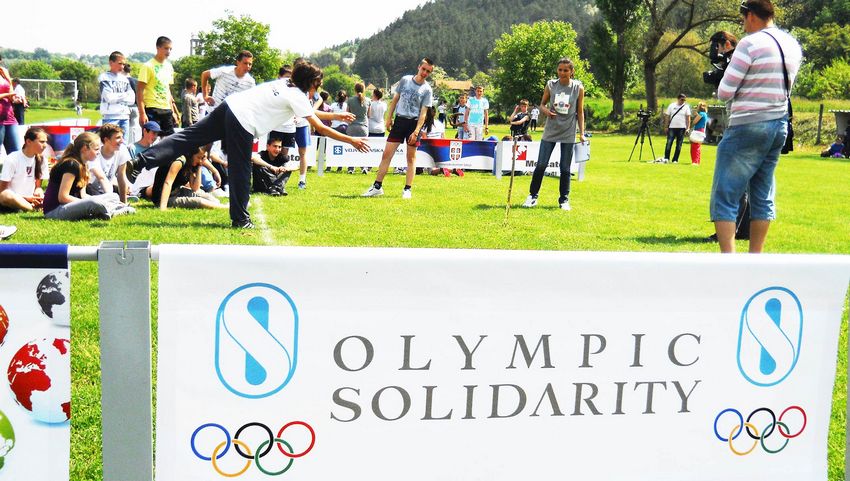 In 1960, several events led to the foundation of Olympic Solidarity. A terrible earthquake in Chile claimed thousands of victims and sparked a wave of solidarity within the sports movement, with the French National Olympic and Sports Committee covering the Chilean athletes’ travel expenses for the Olympic Games in Rome, and the Italian National Olympic Committee funding their stay in the country. During the same period, dozens of new NOCs in Africa and Asia were created in countries that had recently gained independence. Count Jean de Beaumont was moved to action by these developments and came up with the idea of creating an organisation that would assist NOCs in need – which ultimately resulted in the establishment of Olympic Solidarity.

Progress was slow, however, and the lack of financial resources hindered the implementation of programmes. At the start of 1969, at the Permanent General Assembly of NOCs, representatives launched a project to create “a technical and sporting assistance programme” for NOCs, to contribute to the development of those that needed it most. And so, on 26 April 1969, Giulio Onesti, who was chairing the General Assembly, Raymond Gafner, President of the Swiss NOC, and Raoul Mollet, President of the Belgian NOC, founded the International Institute for the Development of NOCs. Two years later, this Institute and the Committee for International Olympic Aid merged to form a joint IOC/NOC body, which became the Committee for Olympic Solidarity.

This sense of solidarity continued to grow within the Olympic Movement during the 1970s, but the lack of financial means again prevented any real progress. Nevertheless, in 1976 there were already 371 projects providing assistance to 85 countries, with the cooperation of 98 NOCs, some of which were also donating funds.

A decisive milestone was reached in 1979 in Puerto Rico, at the constitutive assembly of the Association of National Olympic Committees (ANOC). A working group, composed of Peter Ritter (Liechtenstein), Günther Heinze (German Democratic Republic), Gafner and Mollet, was entrusted with formulating a proposal to request that the IOC distribute 20 per cent of the revenue from television rights to ANOC. The ANOC President, Mario Vázquez Raña, submitted the proposal to IOC President Lord Killanin. A second milestone was passed in 1980, when Juan Antonio Samaranch took over as IOC President. His vision, sensibilities and determination to find a solution that would meet the needs of the NOCs were fully in line with ANOC’s position.

And so, at the Olympic Congress in Baden-Baden (Germany) in September 1981, the IOC granted ANOC a subsidy for its operations for the first time, and Samaranch and Vázquez Raña set up the Olympic Solidarity Commission, whose mission was to serve the interests and needs of the NOCs. In 1983, Anselmo López became the first full-time Director of Olympic Solidarity, and it was he who implemented an administrative structure with a view to developing activities to support the NOCs. The increase in revenue from television rights, and from Games marketing in general after Los Angeles 1984, made it possible to move from a general subsidy to an income management structure that met IOC criteria. The significant NOC assistance programmes that resulted from this were developed as part of quadrennial plans, and the Olympic Scholarship Programme for athletes was created in 1992 for the Olympic Games in Barcelona.

The first scholarships to support athletes were allocated in 1992. Among the many athletes on all five continents who have benefitted from an Olympic scholarship over the years are Croatia’s Janica Kostelić, who went on to become a six-time Olympic medallist in Alpine skiing with three gold medals at Salt Lake City 2002 and one at Turin 2006, and Cypriot tennis player Marcos Baghdatis, who competed at two editions of the Summer Games and was ranked world no.8 in 2006. These are examples from the past; today, ahead of the Tokyo Games, more than 1,600 athletes from 185 NOCs are benefitting from Olympic Solidarity support.

The current development and assistance budget, approved by the Olympic Solidarity Commission for the 2017-2020 plan, amounts to USD 509,285,000 – a figure that corresponds to the NOCs’ share of the broadcasting rights from the Olympic Games (Rio 2016 and PyeongChang 2018). Olympic Solidarity redistributes these funds through three types of programmes, which are available to all NOCs recognised by the IOC: World Programmes, which cover and strengthen assistance for all sports development areas; Continental Programmes, which help to meet the specific needs of each continent; and IOC subsidies to the NOCs for participation in the Games.

In 2020, the COVID-19 pandemic further highlighted the importance of the role of Olympic Solidarity vis-à-vis the NOCs. The programmes and working methods have been adapted to the situation as required and kept in line with the budgets available. Following consultation with the Olympic Solidarity Commission, a number of measures were taken so that the programmes linked to Olympic Games preparations and participation would be extended to 2021, including Tokyo 2020 athlete scholarships, assistance for team sports, support for refugee athletes and IOC subsidies for participation at the Olympic Games. As IOC President Thomas Bach said: “The Olympic Movement is facing an unprecedented challenge. The IOC has to organise postponed Olympic Games for the first time ever and has to help its stakeholders come through this global crisis. This new situation will need all our solidarity, creativity, determination and flexibility. We shall all need to make sacrifices and compromises. Extraordinary circumstances call for extraordinary measures. This situation requires every one of us to do our part, and this applies to all of us, including the IOC. We are glad to be able to help with our support programmes.”

As part of the IOC’s commitment to aid potential elite athletes affected by the worldwide refugee crisis, NOCs around the world were asked to identify any refugee athletes with the potential to qualify for the Olympic Games Rio 2016. These candidates were then given funding from Olympic Solidarity to assist with their preparations and qualification efforts.

Ten refugee athletes were ultimately selected to make up the first-ever Refugee Olympic Team. Acting as a symbol of hope for refugees worldwide and bringing global attention to the refugee crisis, the athletes took part in the Olympic Games Rio 2016, marching and competing under the Olympic flag.

The IOC Refugee Olympic Team for Tokyo 2020 builds on the legacy of the Rio 2016 team, which led to the creation of the Olympic Solidarity Refugee Athletes Support Programme. Through scholarships, Olympic Solidarity and the host NOCs help refugee athletes not only train with the aim of qualifying for the Olympic Games Tokyo 2020, but also continue their sporting career and build their future. Olympic Solidarity is currently supporting 50 Refugee Athlete Scholarship-Holders from 18 host countries – from Australia to Kenya, Europe and the United States – and representing 11 sports: athletics, wresting, judo, taekwondo, cycling, swimming, badminton, boxing, shooting, karate and weightlifting.